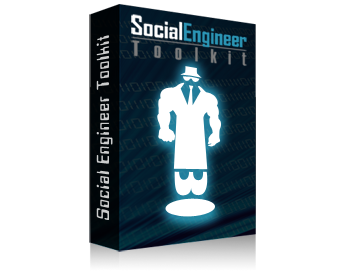 The Social-Engineer Toolkit (SET) was created and written by the founder of TrustedSec. It is an open-source Python-driven tool aimed at penetration testing around Social-Engineering. SET has been presented at large-scale conferences including Blackhat, DerbyCon, Defcon, and ShmooCon. With over two million downloads, SET is the standard for social-engineering penetration tests and supported heavily within the security community.

The Social-Engineer Toolkit has over 2 million downloads and is aimed at leveraging advanced technological attacks in a social-engineering type environment. TrustedSec believes that social-engineering is one of the hardest attacks to protect against and now one of the most prevalent. The toolkit has been featured in a number of books including the number one best seller in security books for 9 months since its release,“Metasploit: The Penetrations Testers Guide” written by TrustedSec’s President and CEO.

SET is included in the latest version of the most popular Linux distribution focused on security, Back|Track. It can also be downloaded through subversion using the following command: