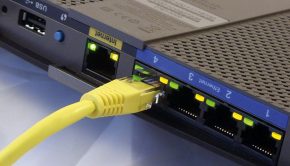 WPSploit is a repository designed for creating and/or porting of specific exploits for WordPress using metasploit as exploitation tool. Licensed […

pwntools is a CTF framework and exploit development library. Written in Python, it is designed for rapid prototyping and development, […

Maligno is an open source penetration testing tool that serves Metasploit payloads. It generates shellcode with msfvenom and transmits it […

This script rides on two libraries for usage: The Backdoor Factory (BDF) and the mitmProxy

Shellter is a dynamic shellcode injection tool aka dynamic PE infector. It can  be used in order to inject shellcode into […

Patch win86/64 PE and linux86/64 binaries with shellcode. The goal of The Backdoor Factory is to patch executable binaries with […
12
Back to Top ↑